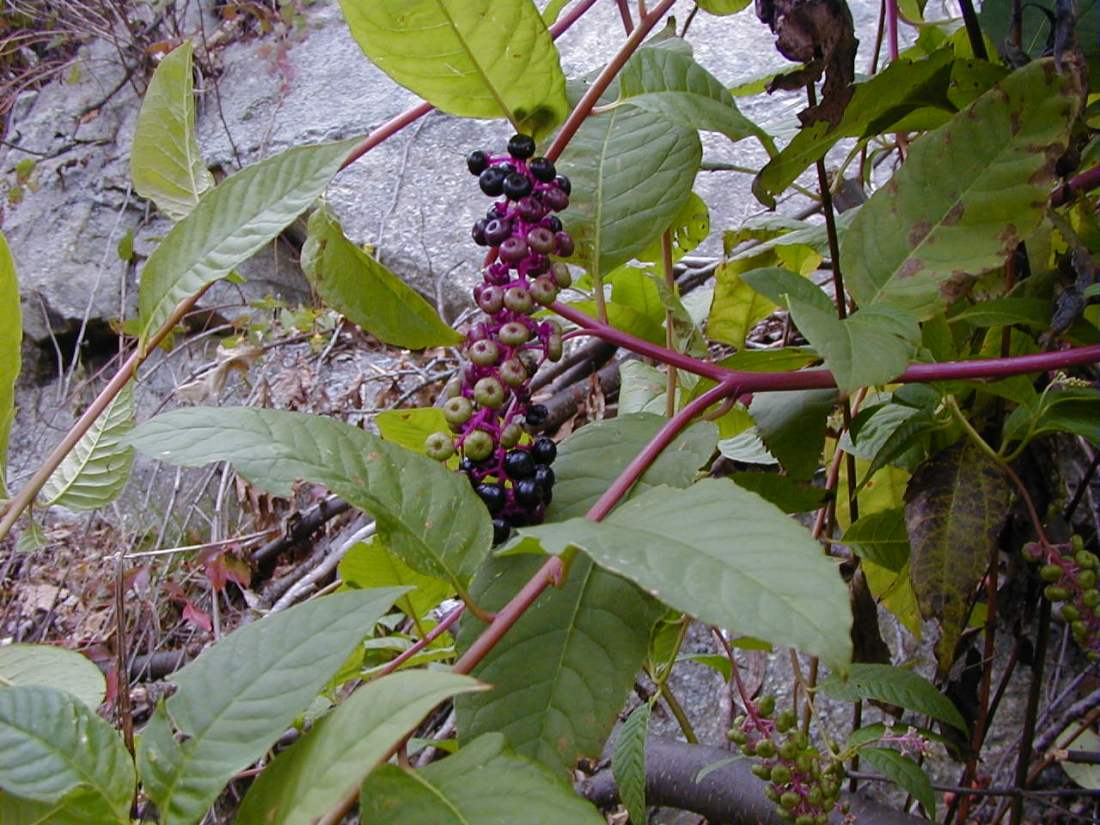 Scientific Name: Phytolacca americana – The genus was chosen to identify plants whose leaves (phyto in Latin) exuded a lac-like substance (lacca in Latin). Lac is a Sanskrit word for a resinous substance secreted by a type of insect

Potpourri: A very common large (up to 10 feet) non-woody plant characterized by distinctive red stems and clusters of green berries that turn dark purple. It is frequently found on the side of the trail at lower elevations in direct sunlight. Eating “poke salat” as a green is a tradition of the hill people of the Appalachians. However, only young shoots are edible and the root is quite poisonous. The shoots must be gathered in the late spring and are prepared by boiling them for 10 minutes with 1 or 2 water changes and then allowing them to simmer.

The name inkberry comes from the fact that the juice from the berries was used in colonial days as an ink. The juice was also used to color wine, candles, cloth and paper.

The toxins are primarily found in the root, but are also found in mature leaves and stems. Symptoms include abdominal cramping followed by diarrhea and vomiting. Reduced breathing capacity and even death can occur from eating mature pokeweed plants.